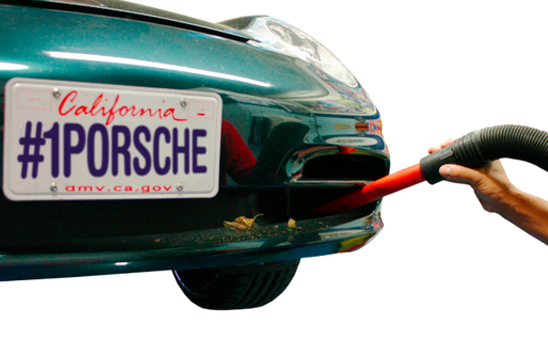 Playing It Cool With a Little Maintenance

Many drivers don’t keep up with their vehicle’s regular scheduled maintenance, including A/C service. They tend to wait until there’s a problem such as a leak.However, when one first notices that the air conditioning is not cooling as it should and there is no leak, the issue could be with the pressure switch or the differential valve, the relay switch or the thermostat switch, the compressor belt or the control unit which operates the heating system and the air conditioning.

“A lot can can wrong with an air conditioning system that is in need of service,” says David. “But most of what can become faulty can be prevented with a regular two-year servicing.”

The Compressor: It’s important to have the the proper amount of oil in the A/C system, in order to prevent the compressor from locking up. If the compressor needs replacing, it could end being a major expense.

Common Leak Repairs: A lot of A/C Porsche repairs involve the rubber hoses or the fittings where the two hoses are joined and sealed by an O-ring – its not uncommon for leaks to develop here because an O-ring has become faulty and needs replacing.

Rocks Cause Leaks: Some leaks can emanate from the front condenser because it’s situated at the lowest point of the front end. A pebble or a rock traveling at high speed can easily enter the condenser creating a hole which can cause leaking to the A/C system.

“So you know, when we find a leak and then repair it, even a minor leak, we’re going to want to service the system afterward,” says David.