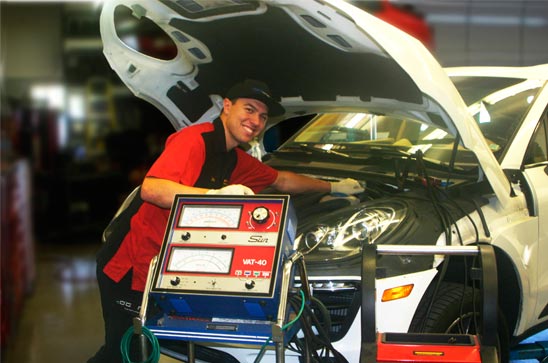 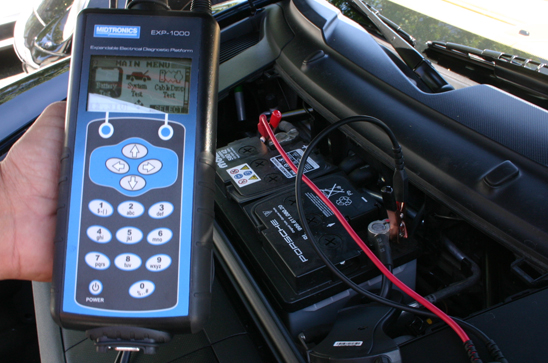 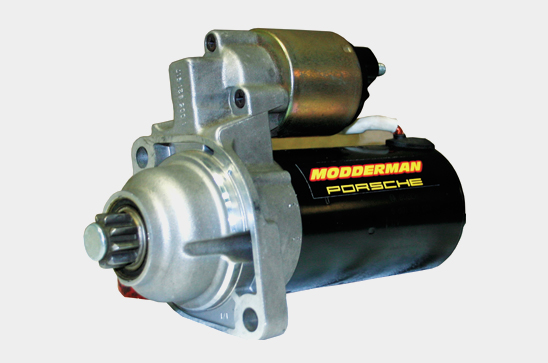 If your vehicle is in need of a new starter,
Modderman Service will only install a Porsche factory OEM starter.

Diagnosing a no-crank (your car’s engine is not turning over), or solving no-start or intermittent starting issues doesn’t mean the first thing Modderman Service technicians try won’t resolve the problem. However, there’s a proven process to follow as one eliminates one possible cause after another. “It’s important to know that one should never assume that a starting issue automatically equals a failed or failing battery,” says David. “In other words, don’t go out buy a new battery with the first signs of a so-called starting problem.

Another item to check is the clutch pedal. Sometimes the car mat can get stuck under the clutch pedal, thus hindering one from fully depressing it all the way, which will interfere with the auto’s normal cranking.

Next the technician will check your Porsche’s starter making sure there is voltage to the starter when it’s cranking. If there was voltage, he’ll measure what the voltage drop is and if it’s within spec. David says, “After we had previously eliminated all the possible reasons for a no-crank, we’ll be able to confirm that the problem stemmed from a failing starter. We’ll then simply replace it with a Porsche factory OEM starter (sometimes quality rebuilt starters are available) which comes with a 24 month/24,000-mile warranty.”

A typical scenario could be that your vehicle starts first thing in the morning and you drive it for say, 15-20 minutes or more to your favorite coffee house for a good cup ‘o joe and a toasted bagel. Now awake and ready to face your day, you depart after 10 minutes or so. You get in your auto, and the last thing on your mind is wondering whether or not you car will start. ‘Dern-it!’ you think as you turn the ignition key, ‘why isn’t my Porsche starting?!’ Now it’s possible that if your vehicle had sat for a couple of hours and cooled down, it could start. This could be a sign that the starter is getting too much resistance inside the starter itself and that could be the cause of the problem.

How Heat can Help to Create an Intermittent Starting Problem

With an intermittent issue, it’s best for leave your car with Modderman Service. David says, “Hopefully while we’re test driving it, the vehicle will ‘act up’ by replicating the original issue. Again, after we’ve eliminated all the possible causes, we’ll go with a new starter. Ninety-nine percent of the time, that will take care of the issue.”

Factory Updates to the Rescue

Some 997’s models from 2005-2008 have their own inherent hard-starting issues. One update that’s recommended is a starter cable; another is an updated fuse box that will often times fix the problem. 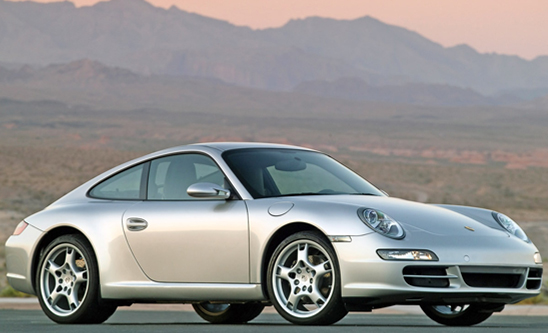 Does your 997 Porsche, 2005-2008, have a no-starting or no-cranking issue?
Modderman Service has the experience to cure whatever ails your auto.